Frank Petraglia has served as our Division President of Engineering Services since June 2018. From December 2014 until June 2018 he was the Senior Vice President of our Energy Services Group. Prior to joining RCM, Mr. Petraglia spent the last ten years in leadership positions with Siemens Energy and Mitsubishi Electric Power Products.

He has extensive experience with highly engineered systems, including serving as the Vice President of High Voltage Solutions for Siemens US and General Manager of the Substation Division for Mitsubishi.

Prior to joining RCM, Mr. Saks served as a corporate executive at MS Executive Resources, MA Management and Group 4 Executive Search. Mr. Saks has over 31 years of executive management, sales and recruiting experience.

Bill Gargano has served as our Group Senior Vice President of IT and Life Sciences Services Division since December 2020. Mr. Gargano served as Senior Vice President of our Life Sciences Practice from May 2018 to December 2020. Mr. Gargano has extensive international experience having lived and managed overseas operations in Asia, Europe, and South America.

Tina Ciocca has served as our Executive Vice President of Aerospace since March of 2021. Previously, as President of Butler America, Inc., Tina was a key driver in developing a strategic vision to build and grow the company. Tina has extensive knowledge and experience in commercial and military aerospace markets. She has been deeply engrained in the aerospace industry for over 30 years and was previously employed by OEMs such as Pratt & Whitney and Sikorsky Aircraft, and other engineering service providers. Her strategic business plan included delivering value-added, technical solutions to the company’s customers while cultivating the company’s branding and market focus. She was also involved in many M&A activities, which acquisitions helped bring the company into other industries such as energy and higher-level technical services.

Tina strives to enhance relationships and build an excellent reputation, stressing integrity, honesty, and fairness. She attributes her success to hard work, tenacity, and drive for building long-term customer relationships. 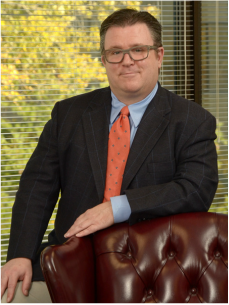 Kevin D. Miller has served as our Chief Financial Officer, Secretary and Treasurer since October 2008. From July 1997 until September 2008, he was Senior Vice President of RCM. From 1996 until July 1997, Mr. Miller served as an Associate in the corporate finance department of Legg Mason Wood Walker, Incorporated.

From 1995 to 1996, Mr. Miller was a business consultant for the Wharton Small Business Development Center. Mr. Miller previously served as a member of both the audit and corporate finance groups at Ernst & Young LLP.